*Breaking from the political to post an essay I wrote for a Chinese pop music class. I’m proud of it, so here it is!” 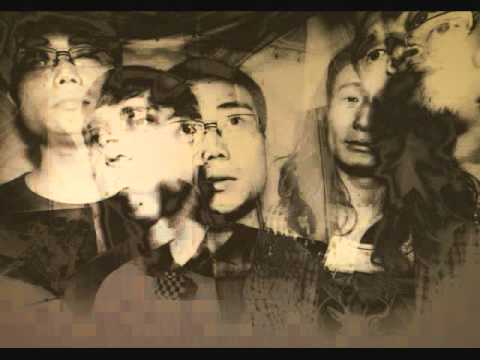 Pop music is a special form of art. Between the formulaic simplicity, we often hear certain anxieties of the context in which it was produced reflected in the music itself. I have been lightly obsessed with Taiwanese pop music since I was a young girl; I reveled in the simplistic nature of the melodies, the fairytale narratives in the lyrics, and the predictable cadences and instrumentation. However, Omnipotent Youth Society’s (OYS) “The Boulder The Crushes The Breast” uniquely challenges these conventions. Within this song, the band incorporates deeply poetic, metaphorically ambiguous lyrics with diverse instrumentation, creating an assertive challenge to the dominant musical culture. Why are the musical styles between typical pop and OYS so divergent? By discussing OYS’s “The Boulder The Crushes The Breast” in terms of its instrumentalism, lyrics, and cadence, we can see how OYS rejects the simplistic rhetoric present in the hegemonic musical paradigm of Chinese-language pop.

Growing up, I found that the predictability in mainstream Chinese-language pop was what made it deeply comforting. One begins to anticipate the intrusion of synthetic drums, or a violin solo, or the addition of harmonizing vocals from other band members. Repeated verses become like home; listeners are comforted by the unchallenging nature of this kind of music. Yet musically, this predictability couldn’t be farther from how OYS have organized themselves in this song. Each of the first three verses in “The Boulder The Crushes The Breast” is punctuated with a solo by a different instrument. After the first sung verse, we hear a soft arco cello solo, followed by an assertive trumpet fanfare after the second verse, and finally, a distorted electric guitar after the third. This crescendo from the acoustic to the electric echoes a drowning out of the organic, perhaps suggesting witness to the environmental changes brought about by China’s rapid industrialization. It’s a structure that is deeply unique; the eccentricity of this coalition of instruments creates an effect that is musically subversive, since this group of instruments is quite uncommon to hear within the context of one song. It’s also hard to tell what this musical unconventionality implies; while piano and violins are commonly associated with romance, it’s hard to definitively extrapolate what OYS is trying to say by placing these contrasting instruments together. This creates a musical ambiguity which asks listeners to draw their own conclusions about what the music is trying to say. The very act of placing these instruments together is in and of itself a challenge to the mass-produced repetitive style of the Chinese pop music paradigm.

In Chinese 188, we have been pushed to look at texts for as much as what they don’t say as for what they say. In my experience, mainstream Chinese pop music has a notorious absence of any discussion of political struggles, class issues or other societal stresses. It’s lack of complexity is what makes it so easily consumable.

While OYS doesn’t explicitly reference politics, in “The Boulder The Crushes The Breast”, the ambiguity of the lyrics creates room for interpretation as a political comment. In the song’s opening line, listeners are introduced to a character called the “Fisher King”, and the song details his desire to stay in power, despite his hedonistic alcoholism and lack of vision (“Yet the whereabouts of the harbor are unknown/At this moment he’s dead drunk in the bath house”). Here, the Fisher King could represent any kind of political figurehead; he could represent anyone from the lords of the feudal system to the corruption of contemporary Party officials. The lyricist’s description isn’t necessarily critical; it leaves room for interpretation by the listener. This is in part a protective mechanism on the part of the band (since this ambiguity allows the band to make a political comment without being threatened by Chinese censorship laws), whilst also creating space to potentially criticize the idea that the corruption present in feudal society has leaked in to modern revolutionary China. It is the ambiguity in these lyrics that piques the curiosity of the listener to consider the underlying political themes within the song, and further encourages us to draw our own conclusions from the lyrics themselves. The lyrical obscurity is a stark contrast to the simplicity of mainstream pop.

In the second stanza, there is a juxtaposition between the reference to “the fat city” and the “traditional method” the Fisher King uses to “control his dread”. Again, this allegory is ambiguous; the “fat city” could refer to the vast urban migration that is gobbling up Chinese migrants (and their talent and creativity), while the Fisher King secures his authority through traditional power structures that Chinese society seems unable to rid itself of. Or, this metaphor could simply be criticizing the traditional feudal society, which was plagued with corrupt bureaucrats who perpetuated deep inequality within society. This verse implies the permanence of these political problems; the ambiguity is both a protective measure from government censorship, whilst further stimulating listeners to explore the lyrics in their own way.

Another place in this song where we see ambiguity in the lyrics is in the final verse. The lyricist describes “the one-legged pirate and the millionaire fumble and roll in a fight” without specifying who is the pirate and who is the millionaire. The word “roll” implies that the labels of “pirate” or “millionaire” can change with the times, or, perhaps, that these labels is allocated and re-allocated depending on the historical context. The meaning is not explicit, which allows listeners to decide who the allegory is referring to; it’s just as easy to decide that the “millionaire” refers to the archaic landlord class from feudal times as it does to a contemporary corrupt government contractor. The lyricist’s deliberate reference to these class struggles is an attempt to bring a political awareness to listeners without spelling out a belief system in black and white, which is again antithetical to the lyrical paradigm of mainstream Chinese pop.

The final place OYS challenges the simplistic pop paradigm is in the cadences of “The Boulder The Crushes The Breast”. In mainstream pop, musical phrases typically end on a perfect cadence (where the chord ends on the dominant major). This gives listeners a sense of home; the repetition of these theme becomes a formulaic musical style which is easily digestible. The predictability is both welcoming and comforting. By contrast, in “The Boulder The Crushes The Breast”, each phrase ends on the sub-dominant major chord. Not only does this lack of perfect cadence deviate from the typical pop music formula, but also stylistically gives the listener a sense of perpetual continuation. It gives the issues discussed in the song a sense of permanence; just as the song never resolves itself musically, so to does the power struggle of the impotent “Fisher King” consistently fail to resolve itself. It self-consciously rejects the storybook narratives of pop songs, in which things just magically fall in to place. The song’s inability to resolve itself musically also speaks to the musicians’ inability to succinctly comprehend the world around them; the song is designed to leave us pondering. Lastly, the repetition of this chord structure throughout the song not only rejects the rigid structures typical of pop music in the Chinese speaking world, but also presents an internal dissonance with the musical hegemony of mainstream pop music. Its very existence cements a kind of protest to the mass-produced, product-placement nature of Chinese pop. It gives listeners space form their own response to the music, instead of being spoon-fed a musical ideology.

Music has been used as a form of political mind control throughout history; from the propaganda songs of revolutionary China, to the pleasantly mind-numbing monotony of East Asian pop culture; pop music is a cult to get lost in. The very existence of songs that break the restrictive musical conventions of modern pop creates a space in society for individual interpretations of the music, which inspires space for criticism in other spaces within society. In creating capacity for individual interpretation, genre-subversive music allows further space for political protest within the music itself. This is why so many autocratic regimes place so many restrictions on media culture, and why bands like OYS are such a vital voice for political criticism.

Published by Crumbs of Conciousness

I travel, I write, I dance, I sing, I play. I'm ALWAYS busy. Keep up, now! View all posts by Crumbs of Conciousness